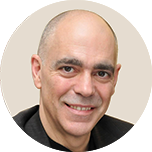 Jocelyn  Faubert
Professor and Director of the laboratory

Jocelyn Faubert is a full professor and directeur adjoint (equivalent of vice dean) of research and graduate studies at the School of Optometry of Université de Montréal.  He also holds the NSERC-Essilor Industrial Research Chair on Visual Function (since 2003).  His research interests are diverse dealing from low- to high-level perceptual and cognitive processing, human performance, development, aging, optics and photonics spanning from a fundamental perspective to translational research.  He has published over 166 research articles in peer-review outlets in numerous fields including experimental psychology (e.g. Psychological Science, Memory & Cognition, Frontiers of Psychology) sports science (e.g. Journal of Sports Psychology & Exercise, Journal of Clinical Sports Psychology) vision science (Journal of Vision, Vision Research, Perception and Psychophysics, Investigative Ophthalmology & Visual Science) neuroscience (e.g. Brain, Neuroimaging, Neuroscience, Journal of Cognitive Neuroscience) engineering (e.g. IEEE Transactions on Circuits and Systems, Journal of NeuroEngineering and Rehabilitation) optics-photonics (e.g. Optics Express, Journal of the Optical Society of America, Journal of Nanophotonics) rehabilitation (e.g. Journal of Neurotrauma, Brain Injury, Neurorehabilitation and Neural Repair) development (e.g. developmental psychopathology, Journal of Autism and Developmental Disorders) gerontology (e.g. Journal of Gerontology, Journal of the American Geriatrics Society) and general journals (e.g. Scientific Reports, PloS One).  He has 12 distinct patents spanning from biophotonics, brain imaging, optical designs, and behavioural procedural methods for which the great majority have been licensed or sold to companies such as Essilor, CogniSens and Annidis health.  He was also a founder of two spinoff companies (Ophtalox and CogniSens) and recently a not for profit organization ‘The NeuroTracker Applied Research Center’ that is focussed on the translational research related to the use of the NeuroTracker System and other technologies originally developed in his laboratory.  The NeuroTracker system is now deployed globally on all the main continents and has close to 400000 individuals users worldwide.  In regards to performance, it is used in most of the major sports leagues such as the NHL (Hockey), NBA (Basketball), NFL (American football), EPL (Soccer), Top 14 (Rugby) and the most of the Special Forces in the US military such as the Navy Seals Special Operations.  Numerous Universities and medical centers around the world now also use the NeuroTracker system for various uses.